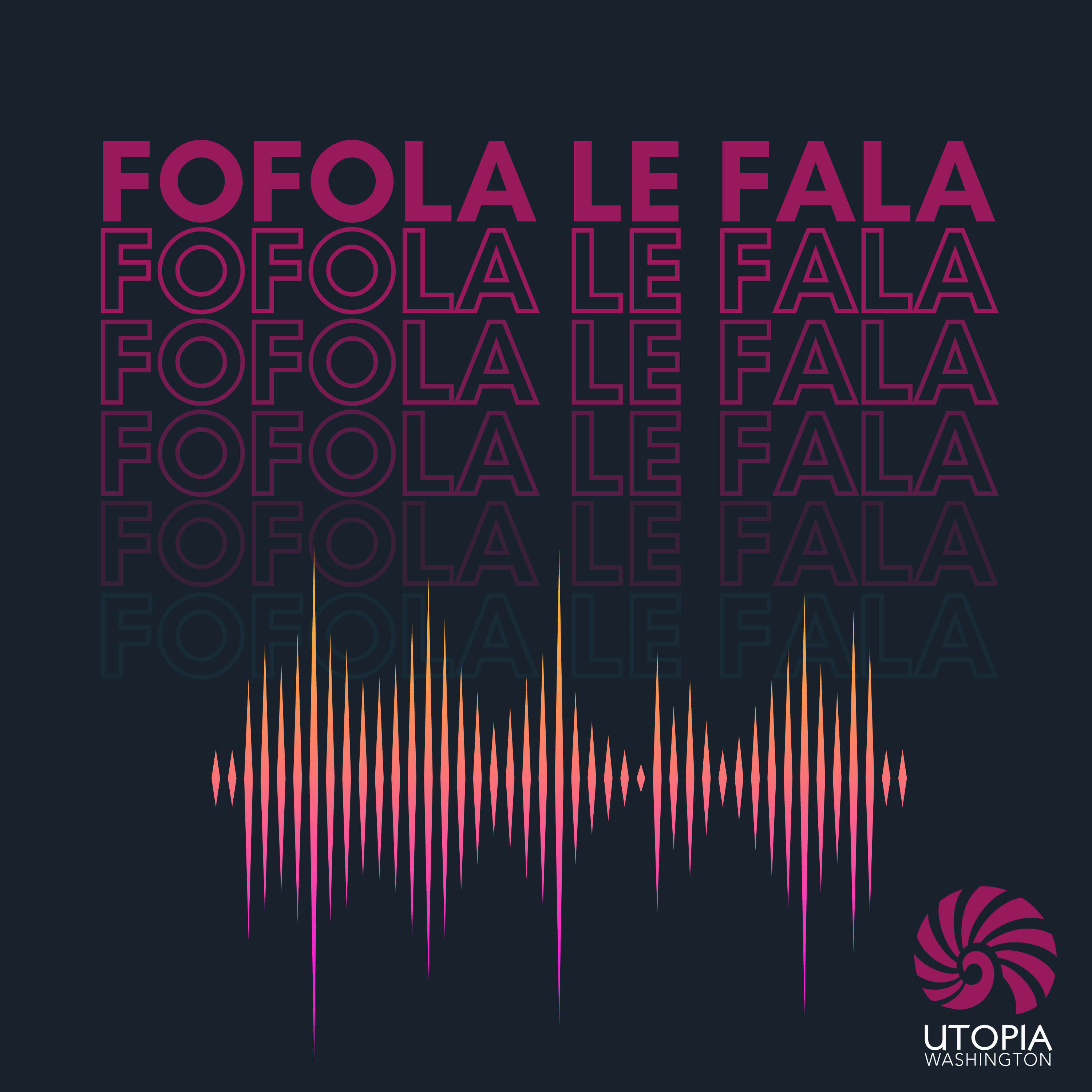 On this monthʻs episode, we visit the glamour and beauty of Shiki.

In 2018, Dedreck Mose was living in Hawaiʻi holding down three jobs barely enjoying a life outside of work. For escapism, he began posting videos on a new social media platform that was beginning to make waves in the U.S. called TikTok. After sharing a video of himself singing “Beautiful”, Dedreck went to bed that night never imagining the enormous scale of shock that came in the morning. By the following day, his TikTok account was receiving thousands of notifications and his video had already amassed over a million likes. Dedreck realized how his talent abilities made others feel and began putting out more content, and by 2020 he had accumulated over a million followers and his hobby was now his livelihood.

In today’s era of technology and how self-made celebrities are defined, Dedreck was more than a viral sensation or a TikTok star. He had become a social media influencer. His video posts consist of his many talents, including singing and dancing which have attracted fans from around the world. The most endearing work of his Samoan community is of the various characters from his upbringing. His videos are one-man shows that feature him in scenes as multiple characters, but obviously, he is alone. A dramatic aunty at a family event, a football coach, a broke patron at a nightclub, a scorned lover, misbehaved kids, to that neighborhood buddy showing his friend how to throw a punch. These are some of the many characters he plays. Sometimes human props are used, but for us who grew up in Samoa, it only takes our imagination to understand the soul of his content.

Dedreckʻs characters are so familiar and relatable because most of us knew the people portrayed in those scenarios. Dedreck’s work is the most shared among the Samoan community because of those beloved and sometimes outrageous characters. Out of only a handful of Samoans who have reached a million followers on social media, Dedreck is the only one from American Samoa to do so. At the heart of his story is a young boy who despite the odds against him has always believed he was destined for greater things.

Dederek was born in 1992, the third of seven children, and grew up in the village of Afao on the outskirts of American Samoa. His family home is adjacent to his grandmother and aunt’s home where many of the characters in his videos were inspired from. Dedreck credits his mom and his grandmother, Pepe Aniva Noa who was his fashion icon as the most influential person in his life. Dedreck knew he was a fa’afafine from an early age. “I liked boys from the moment I knew my ABC” he said with a laugh. “The subject of me being a fa’afafine was never an issue in our home. My parents always knew and loved me the best they could.” This acceptance was also reflected in the LDS Mormon faith church he grew up in. Dedreck and his brothers all sang in the church and by the time he was in high school, the bishop placed him in charge of the young women’s activities. As a self-taught Tahitian dancer, he formed his first Tahitian dance group.

After graduating from American Samoa Community College with his A.A. degree in 2016, Dedreck wanted to move off island. This decision didnʻt sit well with his mother. “She was fearful that something bad might happened to me.” He reflected. “It was shortly after the mass shooting in the Florida nightclub that killed mostly LGBTQ+ and my mom was worried sick. But my dad convinced her to let me go.”

While living in Hawaiʻi, Dedreck found inspiration in the lifestyle of trans women living on the mainland, especially his cousin Mia Fuala’au. He decided to take hormone therapy and live as a woman. His parents were both supportive of his transition. But after three years he realized he wasn’t living in his truth. “I was still trying to find myself and I was influenced with what I saw”, he said. “I’m not taking away anything from the transgender experience because I have sisters who have suffered to become who they are. This is my journey alone. I was meant to go through that phase of life to have the confidence I have now.”

How do you identify today? I asked him. “In American terminology, I identify as non-binary as I have learned to embrace both my masculine and feminine side. I have to be very cautious and open about who I am because many times I am mocked with jokes that is hateful towards the trans community. I want them to know that I am not identifying as a girl, I’m dressing up as a girl for my content. So being nonbinary is a wall that protects me when I’m being attacked.”

To survive the high costs of living in Hawaiʻi, Dedreck worked several jobs. It was while working as a live-in caregiver that he downloaded TikTok and began posting videos. When he became an overnight sensation, his content reached as far as Middle Eastern countries, Nigeria and Thailand. A friend who lived in Egypt once told him “There are only two famous Samoans here in Egypt, the Rock and you.” It wasn’t until moving to St. Agustine, Florida that he made more Samoan content, and the Pacific Islander community began realizing his work. During the COVID-19 pandemic in 2020, his posts reached a peak in popularity as more and more folks quarantining at home found comfort in his videos.

When the R&B singer and songwriter Esther Dean reached out to Dedreck to use her music in his content with pay, it was at that exact moment that began a lucrative career for the TikTok star. He soon received more endorsement deals from superstar celebrities. He was given a three-year contract with Fenty Skin, owned by Rhianna, and worked on a campaign with Lizzo for her Watch Out for the Big Girls show. He also just signed a year contract with Neutrogena products.

“My biggest insecurity was my skin”. He said. “It was hard for me to put myself out there because of my skin and my size. I have discoloration and a wobbly body.  It just got to the point where I was like I’ll just go for it. I’m going to be real and authentic about myself. Every day I get messages from folks asking how I am comfortable in my skin, and I share my journey with them. I want to break that stigma that folks have with big people. If I was never comfortable in my own body, I would never gotten this far.”

With success also comes a lot of hate and criticism, especially on a social media platform where keyboard warriors are brutal and vile. The thing about Dedreck is that he will never react negatively, instead, he’ll turn an ugly reaction and make it into a humorous post. His clapback are a total class act. How does it not bother you? I asked him. “I will never cave into someone’s negative energy.” He said. “They want a reaction from you. It will give them the best orgasm once they know you are hurt. That’s never gonna happen from me. I sit and I brainstorm and I think ok, they are human too but that does not make them better than me.”

A year ago, Dedreck’s parents were vacationing on the US mainland when their son Tafe died suddenly after lifelong heart problems. Their mom was not the same after that. Two months after her brother died Dedreck lost his mom as well. It was a hard pill to swallow for an already grieving family.

“When our mom was dying, we were ready to let her go. We didn’t want her to suffer anymore.” Dedreck said. “My mom was always my friend and never once did my mom say anything to make me feel bad for being a fa’afafine. In the end, I’m glad we got to spend those last few months together before she passed. My dad sat us down one evening during our family meeting and told me and my siblings “All these years I’ve prayed to God to help me understand why he gave me a Fa’afafine child. God answered my prayers when I saw my son care for my dying wife. Our faʻafafine son is a blessing.”

To cope with the overwhelming loss of his mother and brother Dedereck found comfort in his Mormon faith. The Mormon church for years has come under fire and protests for its views on people of the LGBTQ+ community. I asked Dedreck to help me understand why his experience is different from those who have turned away from the church and its teachings.

“Organized religion alone has brought a lot of trauma to our community and I will never disregard that just because I don’t have the same experience. I literally have Christians who judge me every day on my social media pages and I’m like really? I wake up every day praying. My bishop growing up in Samoa embraced me as a fa’afafine. Even while I was living as a trans woman in Hawaiʻi, the bishop gave me a calling and that’s very rare. He said listen if you know you are worthy of a calling, I am not going to hold you from receiving your blessings because of my judgment. But I realized the ugly side of things when I moved to Florida in this very conservative community. The moment I walked into the ward, I could feel I was being judged. It hurt me to the core, so I found this website called Gays and Mormons and it has helped me cope with the difficulties of the faith outside of my environment. Nothing will ever keep me away from the love of God.”

Are you currently in a romantic relationship? I asked him. “Being in a Relationship scares me. When it happens, it happens. I do however realize that men outside of my own race want to love me and be with me. But right now, I’m in love with my life.”

Where do you see yourself in the future as a social media influencer? “I hope to be a role model to our dreamers.” He said “I see so much hope in our young kids in Samoa. Growing up, we’ve mainly been taught three careers will get you a good life: military, becoming a doctor, and teaching. A dream is never impossible once we learn to come out of our comfort zone. I just came from a trip to New York City where everything was paid for. I literally had a limo waiting for me outside my hotel. This is the kind of stuff that as a kid growing up in Samoa I only dreamed of. It gave me so much confidence you know, that yes, people can hate and judge you all they want but I’m here doing me.”

After our interview, Dedreck shared his feelings of regret for not being more involved with the fa’afafine community. “What do you mean?” I asked. “I never had a community growing up because I was mostly on my own,” he said. No other fa’afafine has reached the level of success you have in your craft. I told him. You have brought so much joy to people’s hearts while being visible and living in your truth. That to me is breaking boundaries for our community.

As a Samoan and fa’afafine, you make me so proud.”

One thought on “A dream is never impossible: the story of social media phenomenon, Dedreck Mose”